Write a new post in response to this one-word prompt. 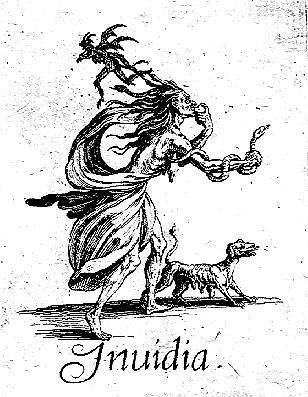 Wikipedia image of one of the, one of the seven deadly sins ,’Envy’

Envy i.e jealousy one of the seven deadly sins.

I will relate a short anecdote about jealousy.

My cousin’s husband hated us, I was only eleven when I met him,my Dad took  us to Bangladesh for a trip during our summer holidays.

A year later Dad passed away and we came to live in Bangladesh permanently.

I was preparing for my high school exam, evening before my exam my cousin’s husband came by, the sun had barely set when I heard the sound of the rickshaw driver’s bell. There was no one in the house, only my mom and me, since she was praying I opened the gate. Sitting on the seat of the rickshaw was my cousin-in-law, he looked at me and said,”Your exam starts tomorrow,” I nodded.  He showed his thumb and said, “you will get this.” Then he instructed the the rickshaw driver to leave.

He meant I’d fail, I was already nervous, this behavior made me cry.

Mom finished her prayer, asked who came, I told her, ‘our cousin-in-law, he said, I’d fail.’

Mom told me not to worry, he is evil, arrogant and jealous!