I was busy working in my room, the felines were quiet I was content thinking I won’t be disturbed by Raphael or Gabriel. Suddenly I heard, ‘SNAP,’ I turned off my computer and ran to see where the sound came from.

There in the living room the two felines dropped one of my books from the bookshelf, they were about to tear the book apart,  the scene made me lose my temper. My immediate reaction was to get both of them out of the room and close the door. They meowed for a while, when nothing happened  they  went up to the bedroom for a nap. 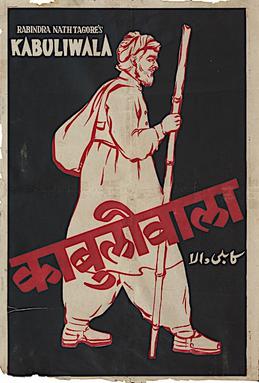 So far I read twenty books for the 2016 Reading Challenge.

Today it gives me pleasure to write a review of my favourite author, Tagore’s story Kabuli Wala.

Rehmat came all the way from Afghanistan to a community in Bengal, to earn money. Times were difficult back home so he and some of his friends went to Bengal to earn their living by selling shawls and some nuts and raisins.

Rehmat was a very honest man, he was simple and trusted every one he met. He let them have the shawl and nuts, even if they couldn’t pay on the understanding they would give the money at a later date.

Some  people cheated him they claimed they did not owe anything to the Kabuliwala ( Rehmat) and that he  was lying.

During this time he met a little girl named Mini, he called her Khuki(a child). Mini and the Kabuliwala became good friends, he’d give her nuts and raisins free and the two played some simple games.

The maid servant of Mini’s parents, was very suspicious, she told the mother that Kabuliwala will take her daughter away and sell her. At first the mother did not pay attention, but the maid convinced her it was true. This created a misunderstanding, the mother refused to let her daughter see the nice man.

Kabuliwala actually had a daughter Mini’s age. He felt better interacting with his little friend, who was so much like Rabeya his daughter.

Tagore’s portrayal of Kabuliwala and the little girl Mini was excellent.

The message I get from the story is we humans have a tendency to suspect someone who is different from us, especially if they are poor speak a different language, we think they should not be trusted.

The father liked the man but the mother did not. It took the mother a long time to realize how innocent the man was. She showed it by giving him the money she saved for her daughter,Mini’s wedding ceremony.

Kabuli Wala went to see Mini before he left to go back to his home in Afghanistan, it was tough for him to see his little friend had grown up.

It made him realize he missed seeing his own daughter growing up.

Tagore loved the poor people regardless of where they came from, he used to move around with them whenever he went to take care of his family’s lands.