Patricia and Lily  found  an ideal  park for their picnic, though   small , it was surrounded by large trees  with green leaves, and an opening where one could see the bright blue sky.

They entered the park  located a bench where they put their food and drinks.  Tired and hungry after the  walk, they took out the sandwiches  to eat,  after one bite they were interrupted by  someones voice,   “Hello, mind if I join you ?”

Lily was suspicious of the stranger, she said, “Sorry chum we only have enough for two.”

“Well, I’ll see about that he exclaimed !” 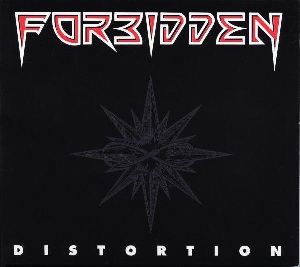 There are things in life we  are forbidden to do, eat,  watch, or read.

Early in my life when I was a  pupil of Presentation Convent School, we the students were forbidden to walk on a path leading to the nuns’  chapel. I was okay with it and never had the why question. One day two sisters who were newcomers to the school were about to walk on the path, one of my friends said, ‘Chaman, you know their language tell them they’re not allowed to walk on that path.’

I called out to them, ‘listen you are not allowed to walk on that path in my language.’

The two turned around, looked at me and asked, ” udher say jana kaheyko mana hai?” ( why aren’t we allowed to walk there)

In my mind if it’s a rule and we’re not allowed to do a certain thing, we stay away, we do not question why. I didn’t know what to say except,’if you break the rule you’ll be in trouble.’

The next thing we were forbidden to eat  was a certain animal’s meat, we all were contented to avoid the meat it was a rule made by God, and we must obey or it will hurt our chances to go to  Paradise.

My mom had little or no faith in movies she was convinced they teach kids the wrong things, therefore we must not watch movies. This was something I did not take seriously, I watched movies without telling my mom, we the siblings pretended we were going out to play. Once on a rainy day my three siblings and I hired a rickshaw and went to watch a movie, after the movie we hired another rickshaw to come home, on our way the rickshaw man went out of control and all four of us landed on a pool of water. We were scared we didn’t know how to explain how we got wet, but it was raining, so mom didn’t ask us anything except, ‘ you shouldn’t have gone out in the rain.’

Then it was novels we weren’t allowed to read, according to mom the language in them was not something she wanted us to learn. Lately I read a lot of novels, some of the language in them  was shocking. I wanted to stop reading one of them, the reading challenge kept me going.

I do agree about some novels that are not worth reading.

In response to daily post’s one -word prompt : Darkness

I have always tried to be an optimist, darkness is one thought I ignore. My mom was a great influence on us, she instilled in us the feeling never to look at disappointment like a pessimist. Her words were, “whatever God does is for a reason.”

I remembered her words and when I was disappointed I took it as maybe there are better things to come for me. I have managed to stay positive most of the time, if I say it was always the case, it won’t be true.