Once upon a time I was afraid to disagree with my mom, though I knew she treated some of us differently. I was not allowed to step out of the house to see a friend, when I was old enough to do so.

I remember, I had completed my education, but my mom thought I was too young to make the right decision. At heart I disagreed but I was scared to tell her she was wrong.

However my mom wasn’t strict with my younger sister at all. She let her go anywhere she wanted to. The only difference between me and my sister was, she’d go on hunger strike for two three days, my mom was unable to deal with this situation.

I remember once my mom said, ‘we’d have chapati instead of rice for supper.’

I disagreed because in those days I believed rice was the best food and I did not want to sacrifice eating a substitute for it.

Mom refused to cook rice for me, she let me starve that night, thinking, I wouldn’t starve two days in a row. She was right I didn’t.

Humans these days have a mind of their own, it’s not easy to make them agree if they don’t want to because they  think their elders are unfair.

The topic, ‘Outer Layers.’ brought back memories of my first couple of years in Canada. I remember a Canadian gentleman came to visit my husband and me in our apartment in Gander, Newfoundland. The discussion was centered around me getting a job as a teacher.

He said there was a vacancy in the local trade school. He was positive I’d get a job there or he’d help me get the job. Among other things he mentioned my dress, ‘Your dress is beautiful,’ he said, but he wasn’t quite sure about the reaction of the students. 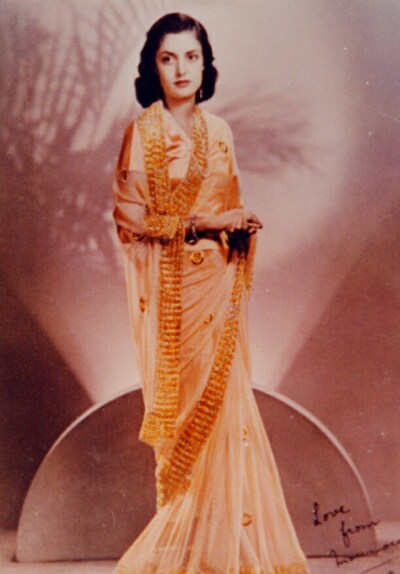 It was my second year in Canada, I felt terrible thinking my dress, ‘Sari,’ would be unacceptable to the students. I thought about it for a while, I decided I wasn’t going to take the job if I wasn’t allowed to wear a dress I was used to, I didn’t think it was not appropriate to wear my dress.

Next morning I got ready and went to the, ‘Trade School,’ my intention was to tell the Principal, whose name was Van Kesteren, that I did not want the job.

When I told him I did not want the job, he was surprised, he  looked at me, and said, ‘Are you sure you don’t want the job?’ I said, ‘Yes,’ and left the school.

About a year later I got a call from the Superintendent of the local school board, he said, he wanted to see me at my home. It was a short interview, he said nothing about my dress, he told me there were two vacancies in their school one was, fourth grade and the other seventh grade, which grade was my preference.

I settled for grade four, I remember my first day in school. I wore my Sari, the nine year old kids had no objection about my dress, they were thrilled to get a teacher who was different in many ways, she wore a dress they never saw before, they accepted me as their homeroom teacher with pride.

I am proud of my dress it clearly shows who I am, where I came from.

Once my husband got upset with me because I spoke to him in Bengali.  ‘do not speak to me in Bengali,’  he said.

‘Because,’ he said, ‘I spoke to my patient in Bengali.’

I laughed and said, ‘What’s wrong with it, by looking at you they know you’re not a Caucasian, and if one or two words in Bengali  came out of your mouth unintentionally, what’s the big deal?’

After this incidence he never said anything about speaking Bengali.